Meeting Minutes Saturday February 9th, 2019
10:00 AM Dr. Bruce showed us how to with MicroPython using a board from Adafruit.
Micropython using  MicroPython Pyboard v1.1 that can be purchased at Adafruit, Amazon, etc.
See dr_bruce_notes_on_micropython.txt file for a summary of commands covered.
Documentation at: docs.micropython.org/en/latest/pyboard/quickref.html#pwm-pulse-width-modulation
​
​Dr. Bruce recommends this Python editor www.spyder-ide.org/  also recommends Putty terminal emulator to access the board.
​MicroPython is a complete re-write of the Python (version 3.4) programming language so that it fits and runs on a microcontroller. It includes many optimizations so that it runs efficiently and uses very little RAM.
He also demonstrated a new sensor that uses radar!  Model RCWL-0516  www.amazon.com/Microwave-Sensor-RCWL-0516-Induction-Detector/dp/B06XT4J6N9​ 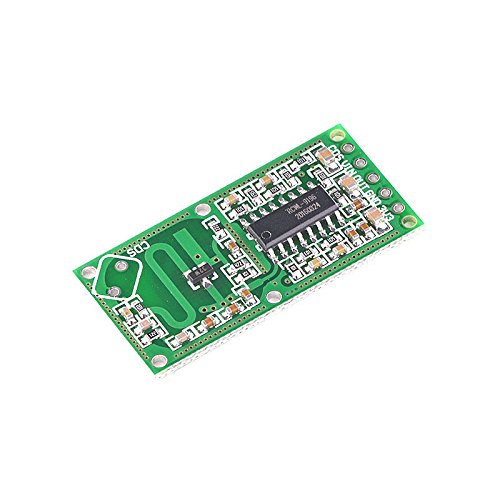 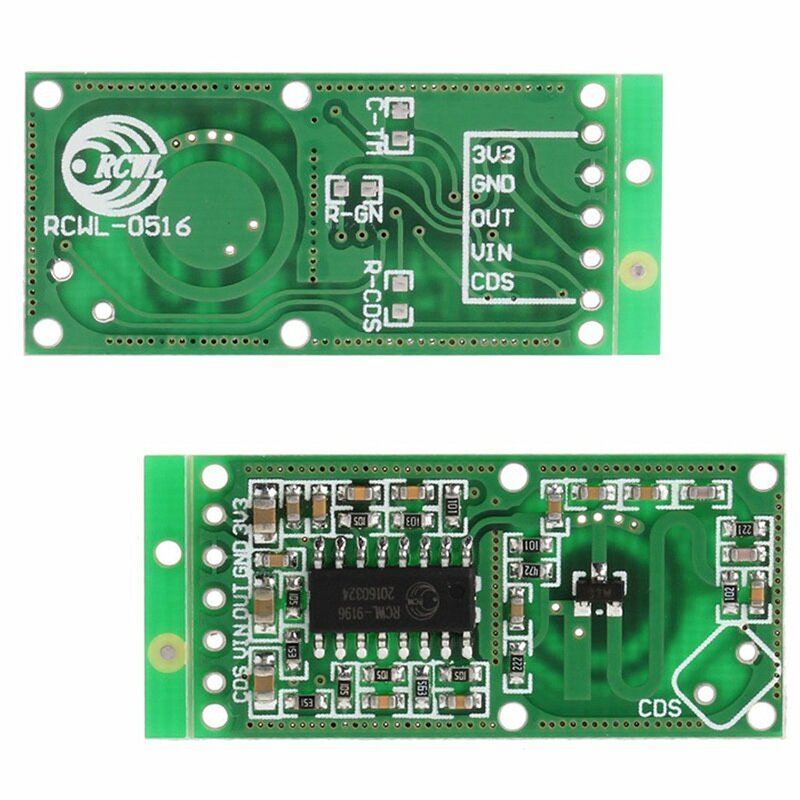 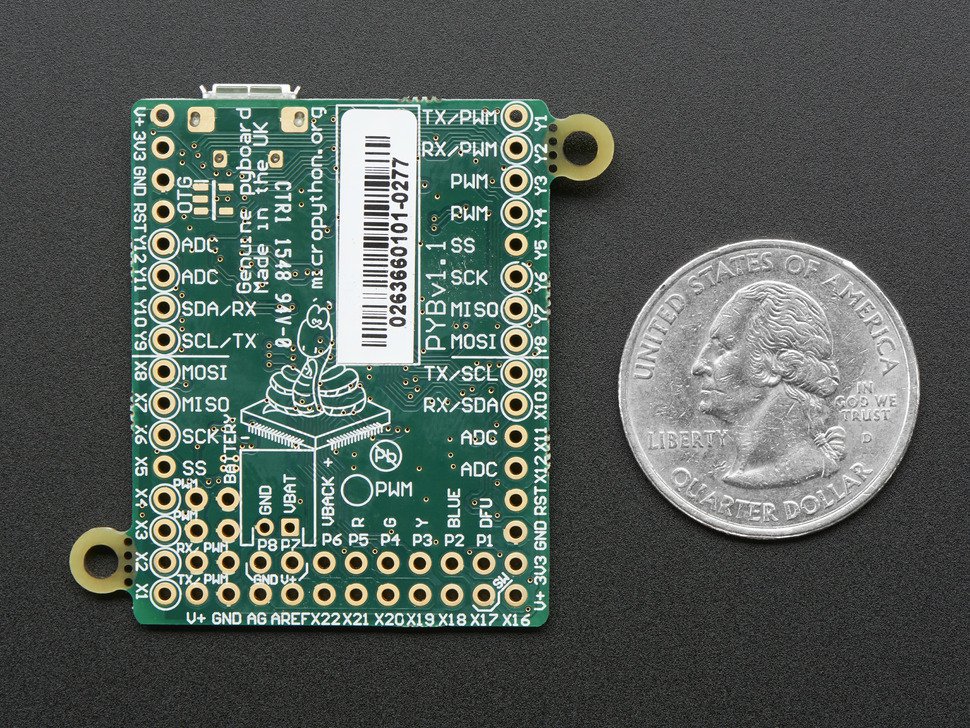 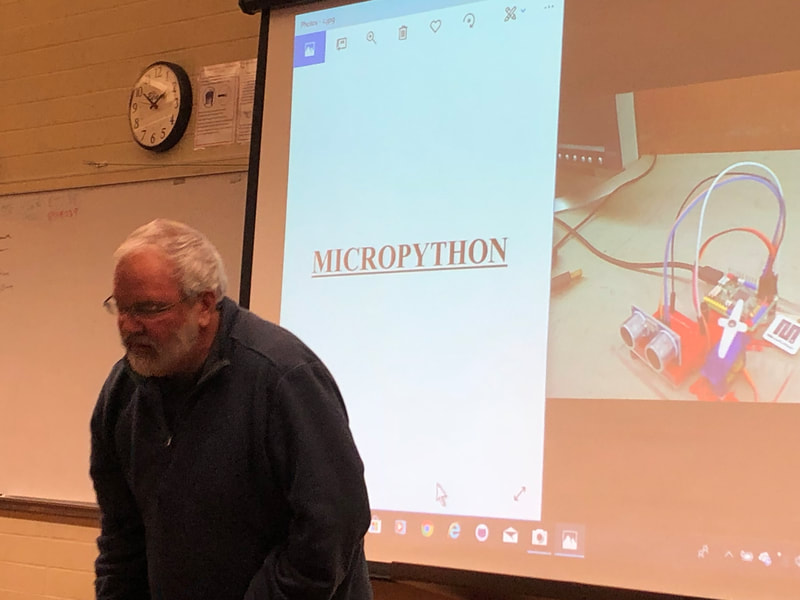 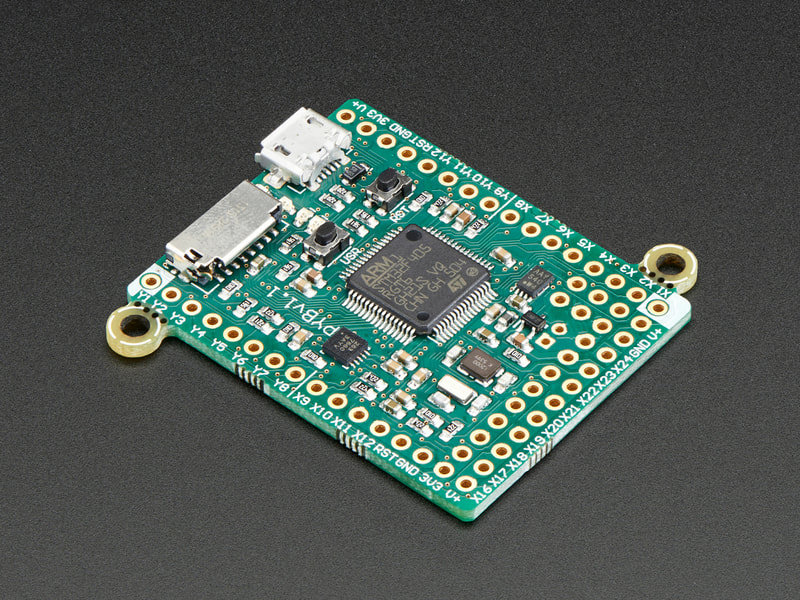 11:00 Roger - Adventures in relatively cheap 3D printers. Roger presented his experiences using cheaper printers such as the Monoprice printer and how he recommends you start with a higher end printer to start with to avoid all of the problems and deficiencies that come with the cheaper printers.​ 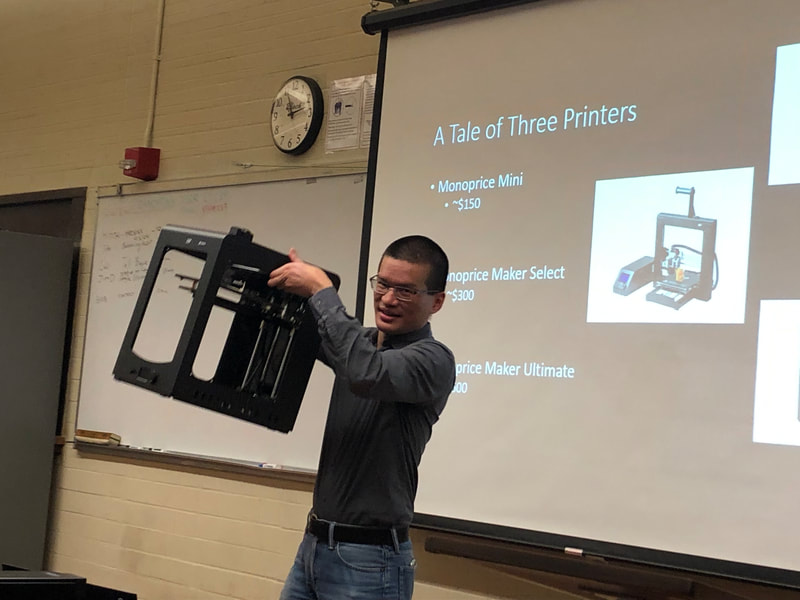 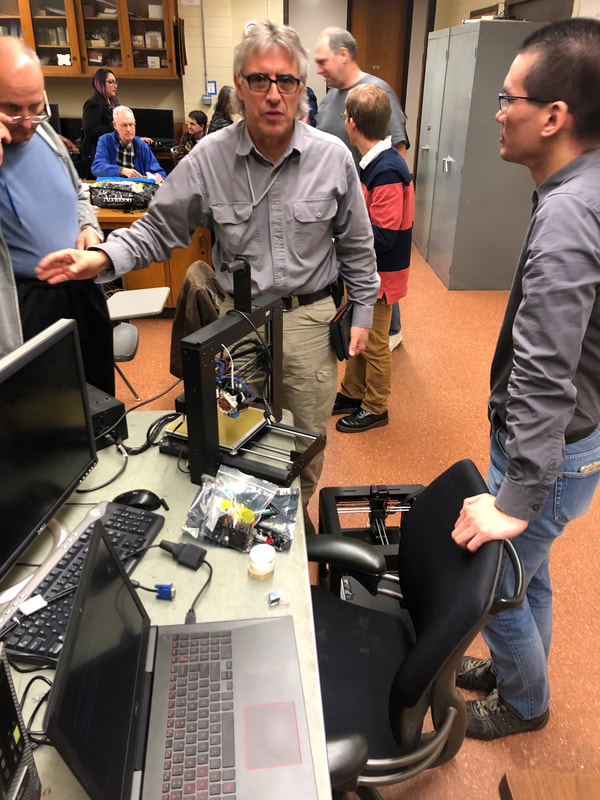 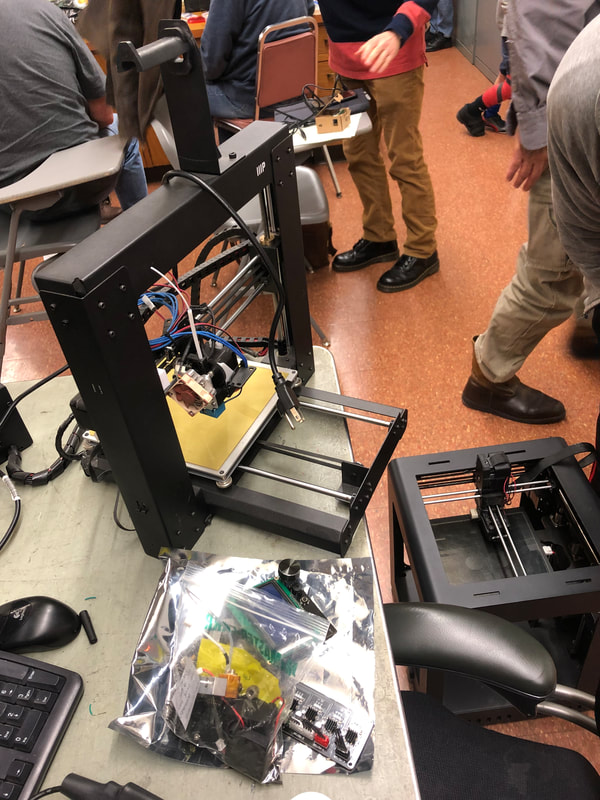 Download File
Business Meeting
- Ron Rose:  Current budget $978
- Lots of people contacted us from Girls Scouts and other elementary and high schools.  Ben Partida our president has responded to all of these contacts and has invited them.  An invitation to a preview of a new movie was a paid event so we decided not to proceed.
- Walter recommended certificates to be used during our contests, he will look into getting and printing these.  Dr. Bruce recommended we start a merit badge based on the competitions we do.
- Walter, Ron and Ben proposed we continue writing articles for our website like we used in the Robot Builder Newsletter
​- Trish - recommended we start a sub club based on autonomous vehicles (based on Donkey Cars).  Trish recommends RSSC try to participate.  She is looking for volunteers and paid instructors in these topics for Summer school events she promotes. RSSC could benefit from the cross promotion. Trish will put this in writing and will send a document to be discussed via our RSSC mailing list.
1:49  Mitch demonstrated his his home made custom industrial parts recognition system.  Mitch used Processing, Arduinos, Cameras and Open CV. His tests include a conveyor belt. His program looks at parts and any parts not meeting the requirement get removed from the conveyor belt.
2:12 John demonstrated a new toy called Air Hogs Robo Trax that transforms from a tracked vehicle to a self balancing robot 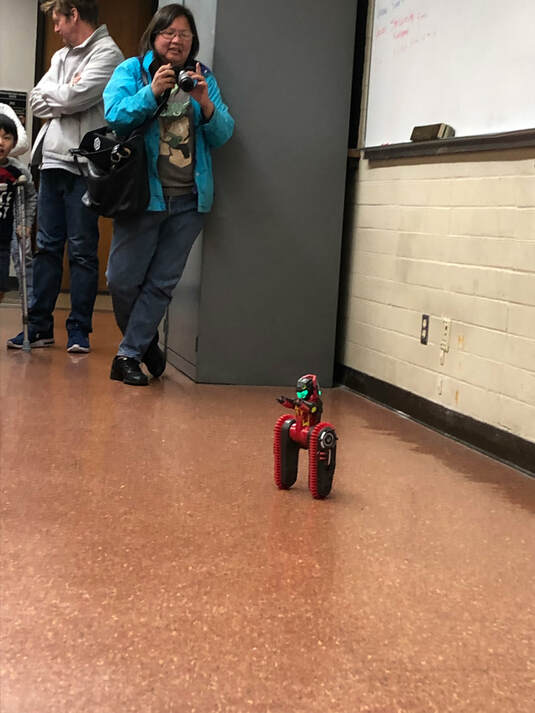 2:17 Carl Sutter brought in a custom made agrobot or agricultural robot prototype using SuperDroid robot parts.  His robot is meant to go into fields to cut weeds. 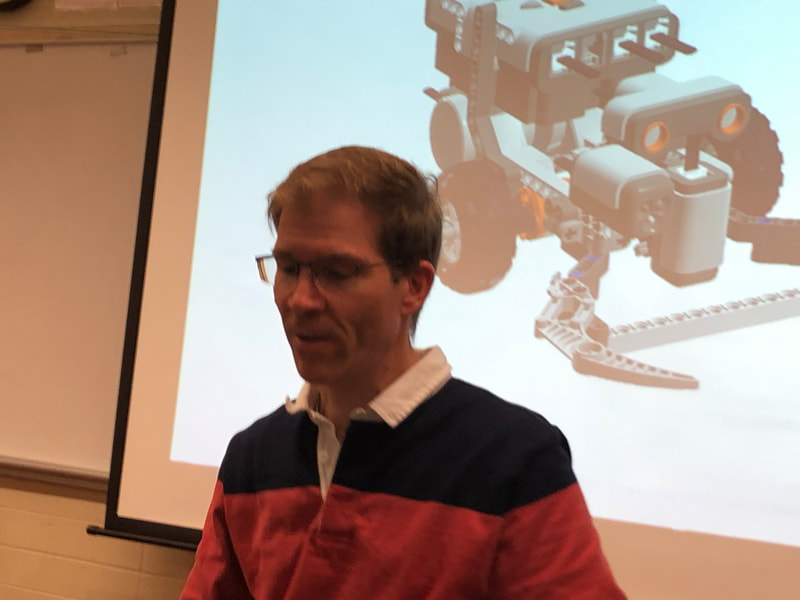 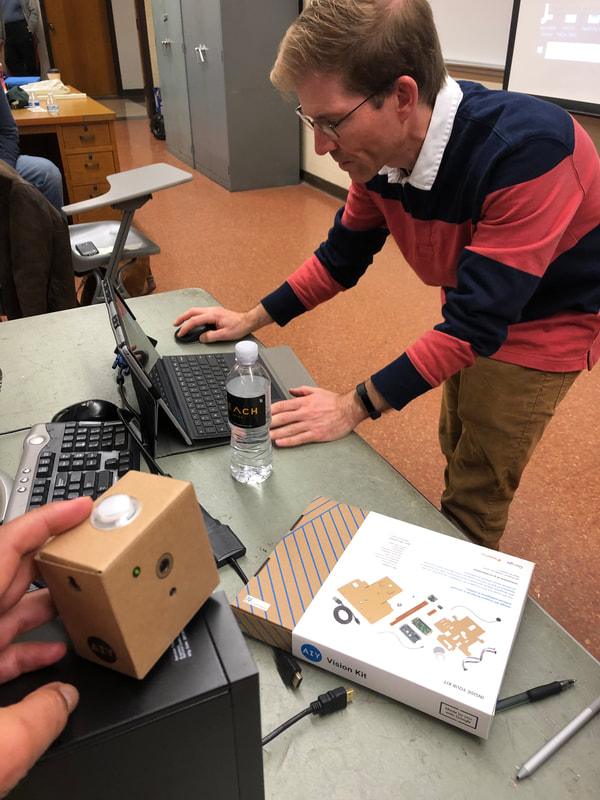 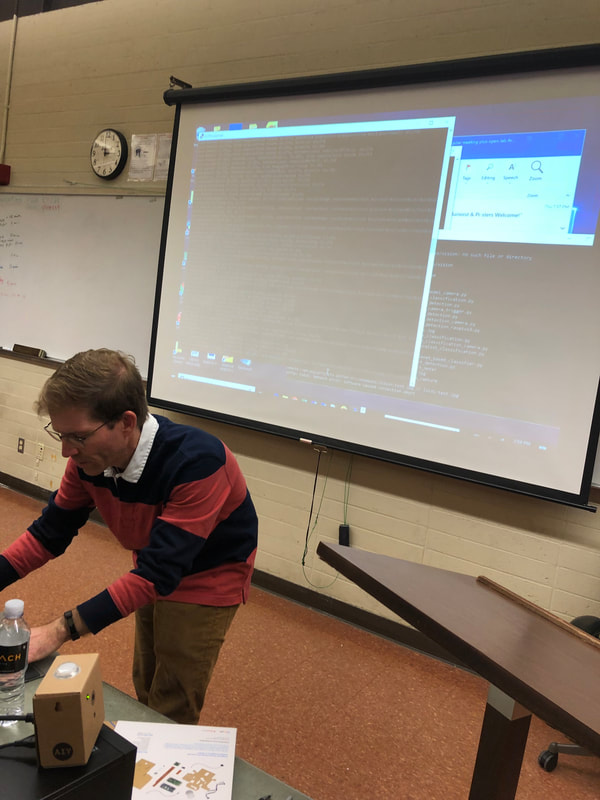 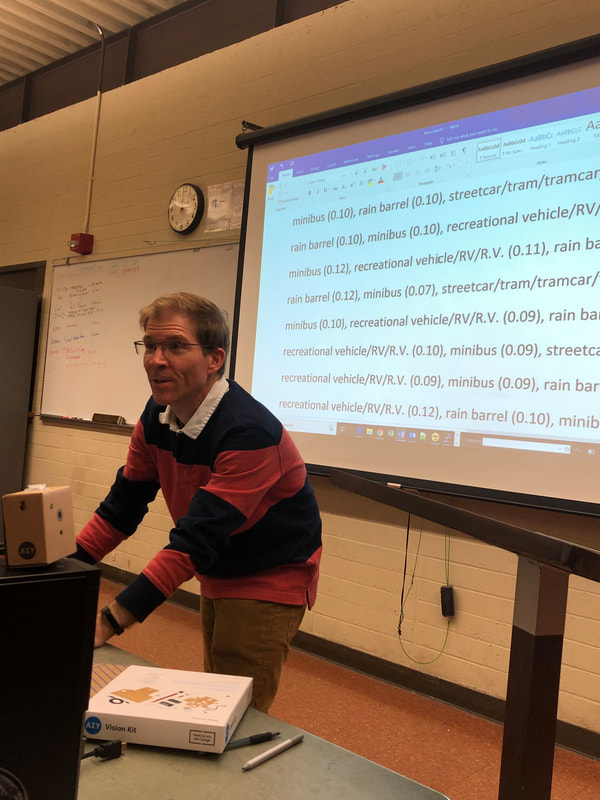 3:00 Bob H. proposed a new competition: Robot Tag: one robot be the follower and the other the avoider. Fasted tag or longest avoidance wins.  Rulers are being discussed on the email list.  Proposed competition is for May.   Rules will be created soon.
3:15 Franklin Magnet School Maker Faire Invited us to  participate  from 4:30pm to 7:30pm on Thursday April 18th.  If interested please see www.gusd.net/franklin
3:22 A guest LSalerno-  at -ontarioca.gov Invited us to Star Wars read in Ontario California.  Thomas M. to follow up on his group participating in this.
My name is Lauren Salerno. I am the event coordinator for the Ovitt Family Community Library's annual Star Wars event May the Force Be With You. We are now on our 9th year of bringing the Star Wars universe to our little city of Ontario, located in the Inland Empire region of Southern California. Our event is heavily focused on science learning, using the power of Star Wars to foster interest in the 5 areas of S.T.E.A.M. This is a free event, completely accessible, and very very fun. While we do have an area planned that would let people interact with robots like Ozobots, Spheros, and LilBits, I'd really like for RSSC to come have a table to show kids what your robots can look like and do and especially show adults that there is a place they can go if they are also interested in building their own robots.

3:29 Tim Lewis showed his latest 3D printed head and has plans to make it into in animatronic figure 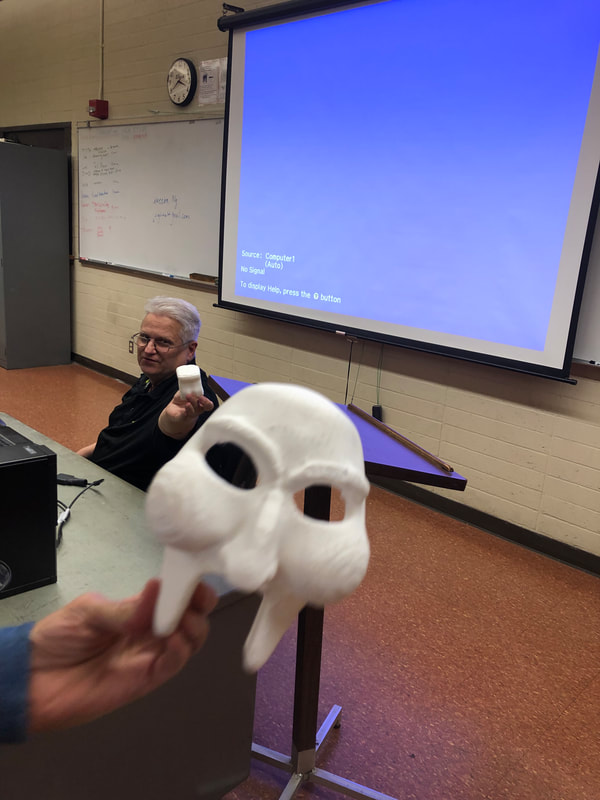 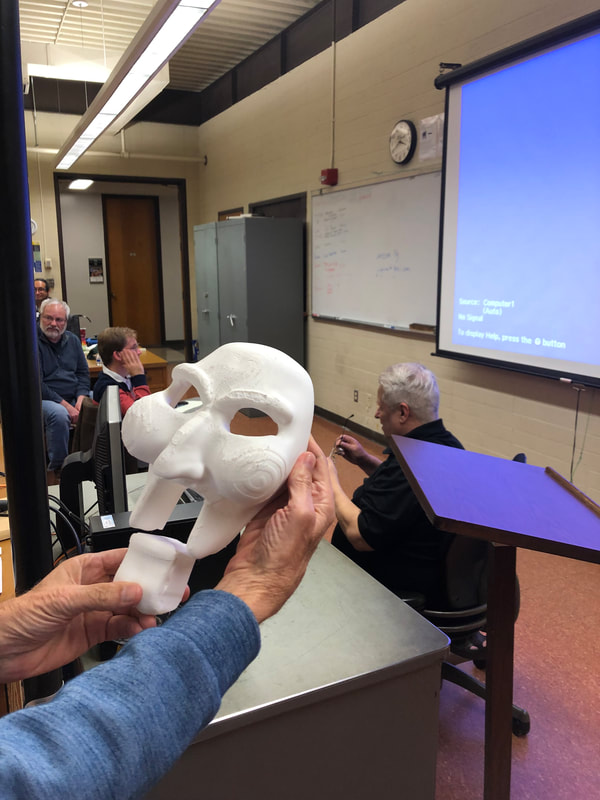 Thomas M. is proposing a robot dance contest.  Contest will be in July.  Thomas to come up with rules. 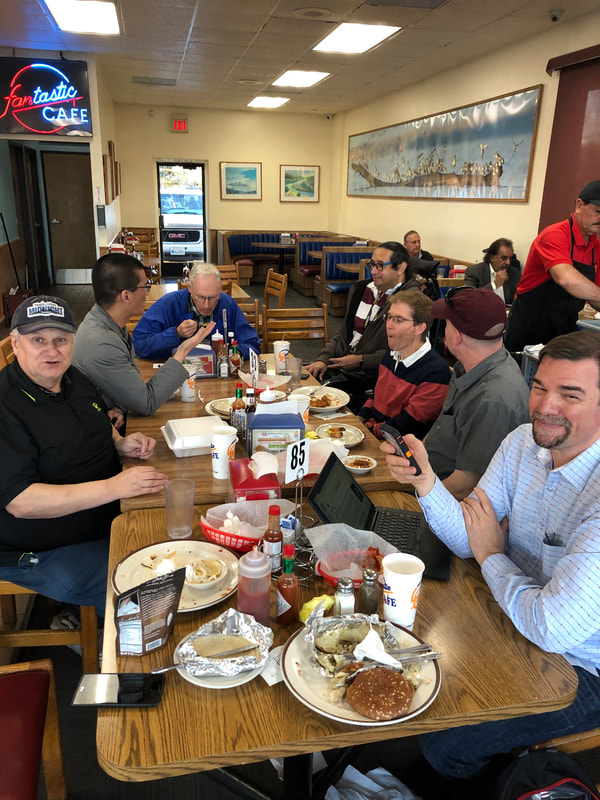 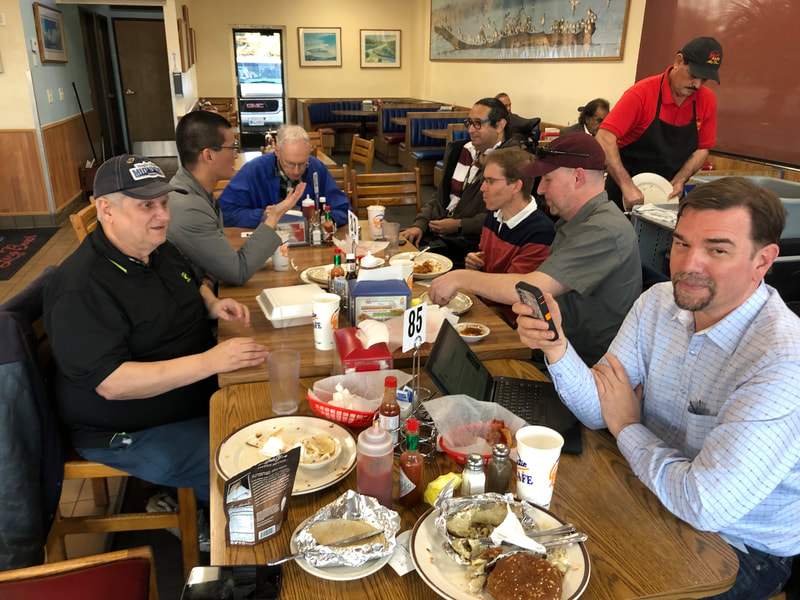 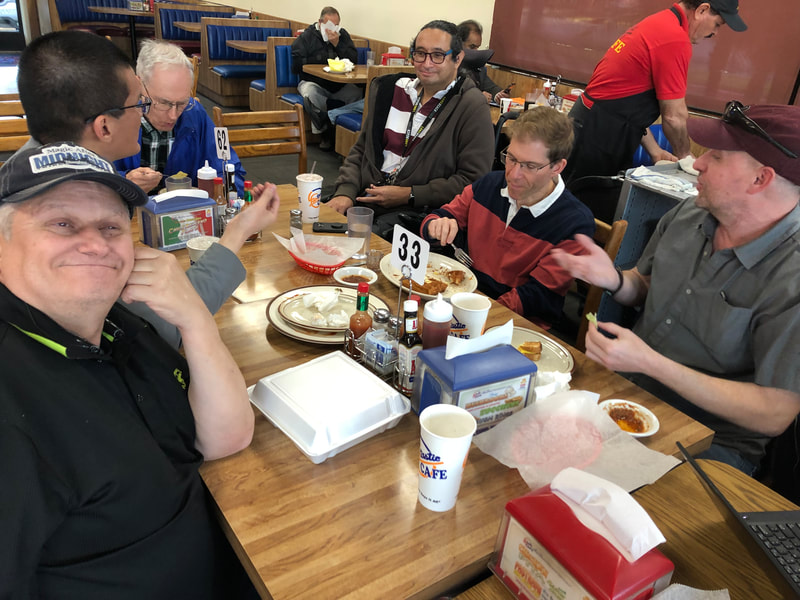