RSSC was Invited to Attend a Play (Uncanny Vaelley) about AI and Robotics
Where:  International Theatre in Long Beach, California presents Uncanny Valley
When: See some of our InMoov humanoid robots promoting our society on opening night Friday April 21th, 2017.
About the play:
Drawing on current research in artificial intelligence and robotics, UNCANNY VALLEY charts the relationship between Claire, a neuroscientist, and Julian, a nonbiological human. As Julian is “born” a few body parts at a time over the course of the play, Claire teaches him how to be as human as possible. UNCANNY VALLEY explores the painful divide between creator and creation, and how we are redefining what it means to be human in the twenty-first century.
Inspired by Bina48 an uncannily realistic humanoid robot designed to look like a real human being named Bina Rothblatt  Read article here blog.internationalcitytheatre.org/the-robot-that-inspired-the-script-bina48/
In attendance promoting RSSC where
Walter Martinez and his robot EVO
Thomas Messerschmidt and wife Sabitha Manani and robot Melvis
Alan Timm and his robot Grey

Photos from the Event - Friday April 21st, 2017 at the International City Theatre in Long Beach, CA. 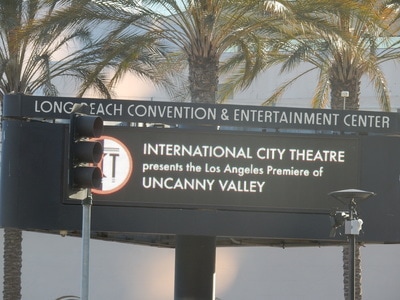 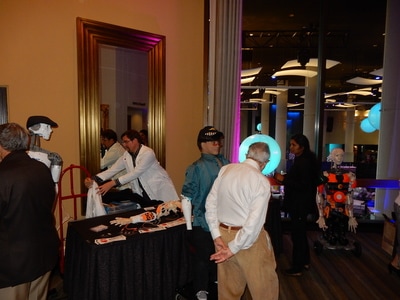 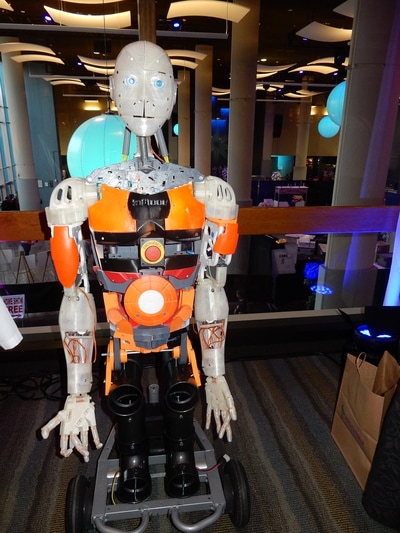 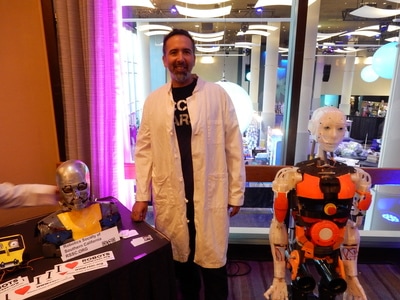 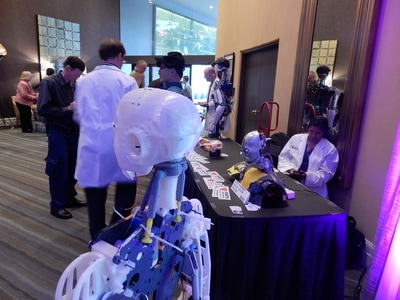 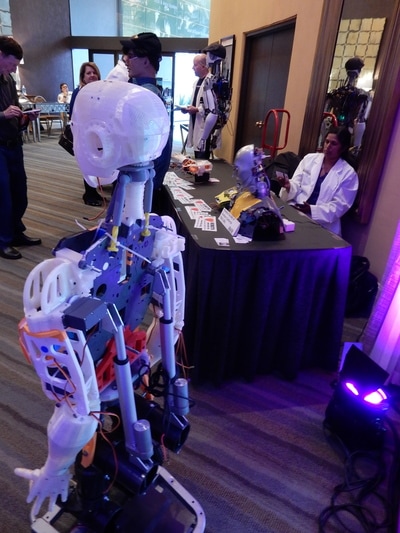 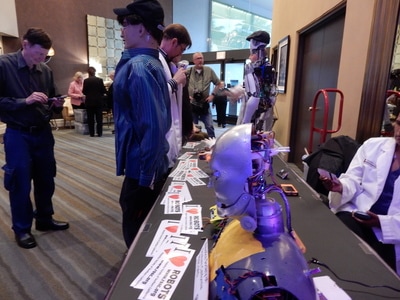 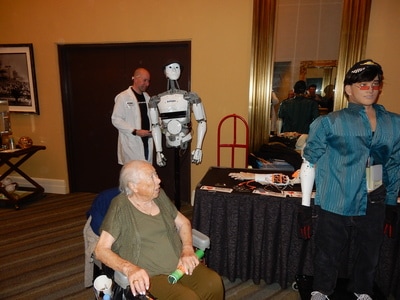 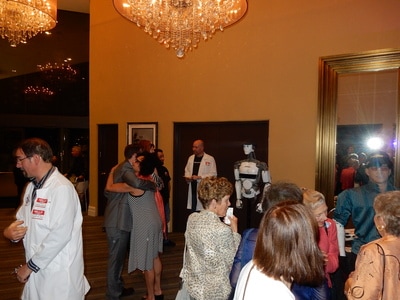 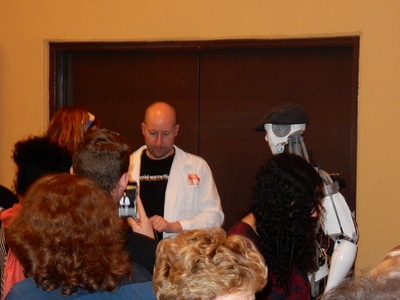 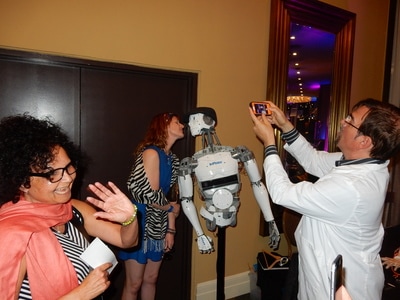 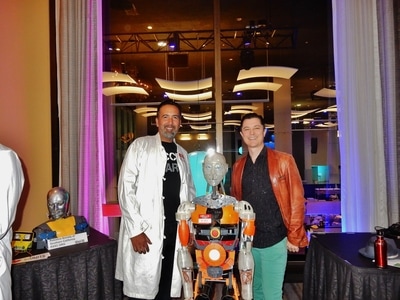 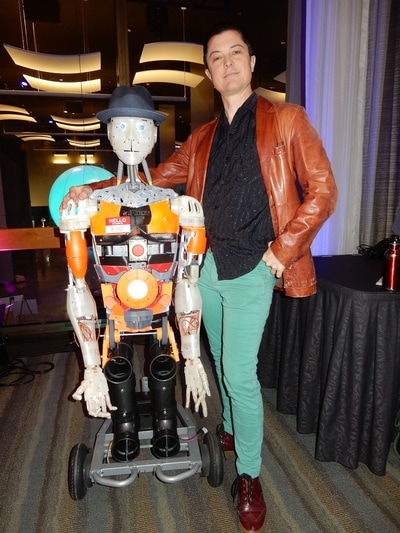 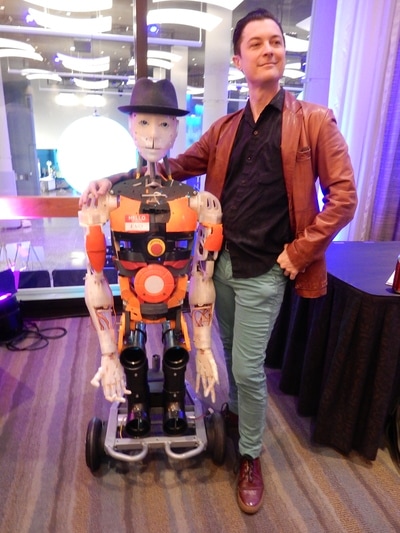 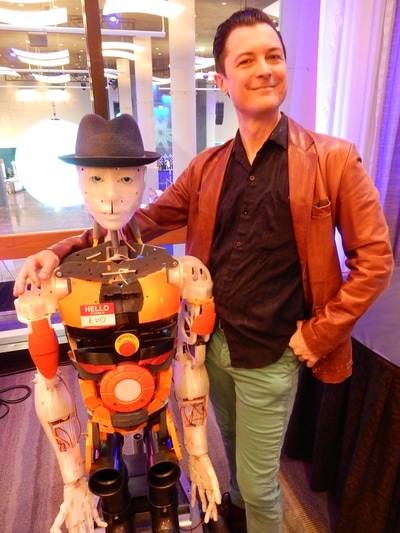 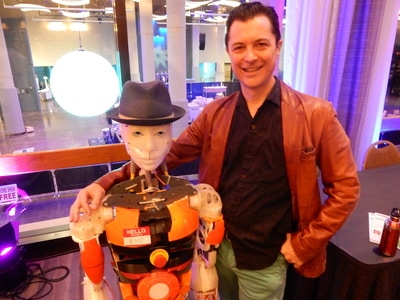